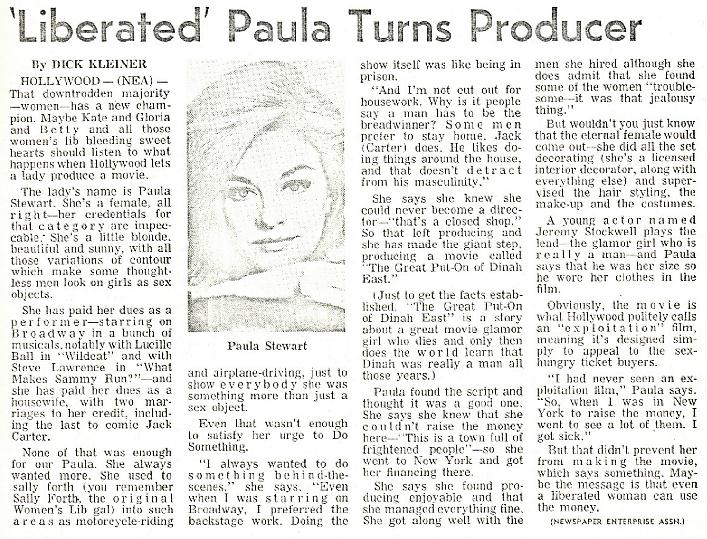 Dinah East (1970) (producer)
In 1970 Stewart produced the movie Dinah East. The film was directed by Gene Nash and starred Jeremy Stockwell, UltraViolet, and Andy Davis. Maureen Stapleton had inquired about being the leading lady and discovered that the lead belonged to a man. The motion picture was released by Page International and had an early tentative title The Demise of Dinah East.